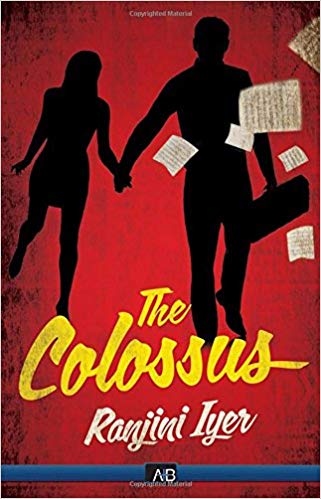 A diffident catering company owner, Max Rosen, learns of the existence of a coded research document authored by her late scientist father. This research is linked to health pills that were unearthed from the site of the Indus Valley Civilization in ancient India. The pills were once the mainstay of German pharmaceutical giant Berliner that Max’s grandfather worked for. And these pills were used in horrific Nazi era medical experiments.

When Max learns that the pills and the disturbing secret they hold may be the reason why her father may not have committed suicide as she has always believed, she embarks upon a whirlwind adventure to decode her father’s research and find his killers.

In a thrilling ride that takes her and Julian McIntosh, a history professor, across the world, she must keep her wits about her or face dire consequences at the hands of Berliner and other unknown forces, who will stop at nothing to keep the research from coming out. Even as she struggles with her feelings for Julian, Max must brace herself for startling discoveries -her father’s research may well reveal a frightening truth connecting Berliner, her grandfather, and perchance, all mankind. And the shocking reality about her father’s death is one she may never be able to face.

Colossus is a lightning paced, intelligent suspense drama, blending fact with fiction, thus making it frighteningly plausible. Iyer takes the reader on an electrifying journey through history and exotic locales from ancient India to Berlin in the Nazi era, weaving in present day Chicago, London and Pakistan. A scrumptious blend of thrills, twists, surprises, humor and a dollop of romance, Colossus will remain with the reader long after it has been read and put away.